What You Can Learn From the Special Olympics’ Approach to Collaboration 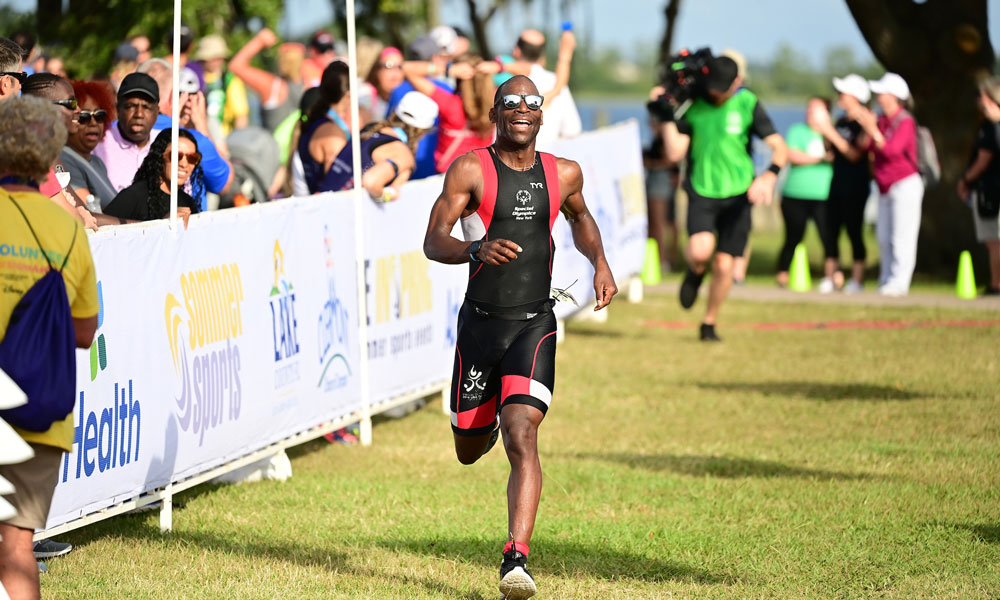 By Ernie Smith
Tuesday, July 19, 2022
What You Can Learn From the Special Olympics’ Approach to Collaboration

Odds are, your association’s meetings aren’t managing hundreds of events happening at once, trying to keep thousands of stakeholders in check, and working with a roster of 172 countries.

But you can learn from an organization that is working at that scale. After all, they must have it figured all out, right?

As it turns out, organizations such as Special Olympics USA are still learning new tricks around logistics and technology. The sizable athletic body, which offers year-round training for its athletes on top of putting on events at a significant scale, knows a thing or two about spinning a number of plates at once. And it had to put many of those plates into action ahead of the 2022 edition of the games, which took place in Orlando, Florida, last month.

But the organization nonetheless found a successful strategy to keep the needs of 5,500 athletes and coaches met with the use of a software suite—in their case, the project management tool Smartsheet.

The Complexities of Managing a Shared Document

Lonnie Snyder, CIO for the 2022 Special Olympics USA Games, said in an interview that one of the big challenges that the organization had faced previously was that processes didn’t sync up efficiently.

“So what traditionally happens is everyone does Excel and does things the wrong way, and they all do their own kind of different plans,” said Snyder, who has a decade of experience working with different Special Olympics bodies on both the national and global level.

This instilled complexities throughout the process. For example, when these versions were shared over email, teams would work on the file at the same time, ultimately making everyone’s documents outdated and leading to challenges with consistency.

“When you’re three or four versions old and people start putting it up on the wall or doing that ‘Beautiful Mind’ stuff, it gets interesting,” he added, referencing the Oscar-winning 2001 film.

The way that the Special Olympics USA got past this challenge was by embracing Smartsheet, a software-as-a-service platform that offers a web-based infrastructure.

This makes it possible for everyone to work across the same set of documents, so that files are consistently managed across a single trackable system. Like other SaaS tools of its nature, it can plug into other technologies, allowing for deeper integrations throughout the organization.

In many ways, what enabled this approach to work was getting everyone on the same page, allowing for a consistent, uniform process that could benefit the organization as a whole, while avoiding issues such as shadow IT. Snyder noted that getting everyone to move away from the old processes didn’t come without its bumps in the road—for example, getting the paper enthusiasts to embrace a virtual system.

“Forcing people to try and do everything online was a challenge,” he said. “It was a lot of cajoling. It was a lot of convincing. But it really was much more effective than doing what people used to do in the past.”

Focusing on consistency wasn’t just about keeping things tidy. It’s how complex logistical operations, such as equipment needs, can be managed across the organization.

The Special Olympics USA uses data points around those complex operations as a starting point for aggregation. That data can be collated into an interactive visual dashboard that can come in especially handy for those in higher positions who don’t necessarily need to know every detail happening on the ground—but who benefit from an aerial view of resourcing needs.

“That was a total game changer and probably solved hundreds and hundreds of emails, lots of drive-by conversations, meetings, things that other events have done in the past,” Snyder explained. “At a moment’s notice, the CEO could say, ‘How many computers do we need? Clicks. 270.’ It’s never been possible before.”

So where do you even start with a process like this? The answer, of course, is that you don’t digest more than you can handle at once.

In the case of the Special Olympics USA, the organization started with smaller-scale project management, then grew out the process over time as the organization found specific use cases that the tool could manage. “We knew there were five or six key things we needed it to do,” Snyder said.

For other organizations looking to make a process more efficient, he recommended looking into a third-party business value assessment. This can help you figure out the right places for a tool like Smartsheet, or any other high-level tool that can help simplify a complex process.

“I think any size of organization can find problems to help solve, and when you think in terms of challenges or solving business objectives, that’s your key; that’s what you want to start with.”